Is Vaping Banned? What Are the Dangers? Answers to Your Vaping FAQs 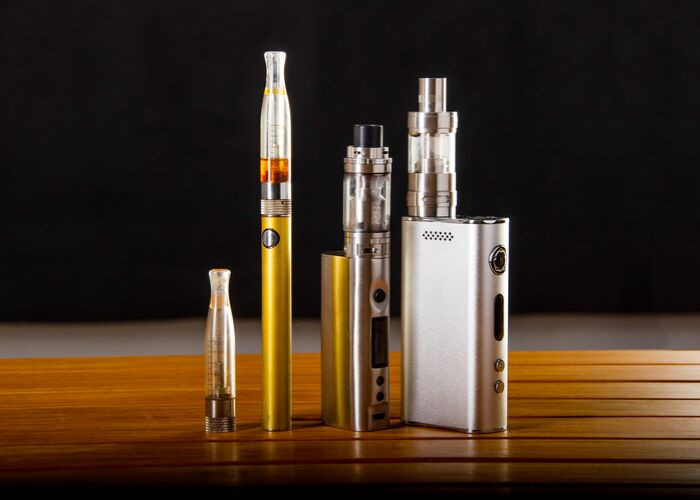 Serious illnesses and even multiple deaths across the country have been linked to vaping, spurring some localities to place bans on the habit. Schools have also seen a rise in the number of students who vape – some even during class.

Here are the answers to some of the most frequently asked questions about vaping, including how to tell if your teen might be doing it.

Vaping refers to inhaling a vaporized liquid from an electronic pen-like device, sometimes referred to as an e-cigarette. The device contains a tiny heating element, which converts the liquid into vapor that is inhaled by the user.

Is There Nicotine In Vape Juice?

Yes, most vaping liquids contain nicotine. In fact, one JUULpod – a common brand of vaping juice and vape pens – contains as much nicotine as one pack of cigarettes. Some vapes also contain THC, the psychoactive compound in marijuana that gets the user “high.”

What Are the Dangers of Vaping?

One of the scariest parts about vaping is that we still do not know the exact toxic chemicals in e-cigarettes, nor do we know what the long-term effects of usage may be. As of September 19, 2019, there have been eight reported deaths in the US related to vaping, as well as 530 confirmed cases of vaping-related illness and lung injury.

Not only does vaping pose a serious risk of lung disease and death, but it also comes with the risks associated with nicotine use, such as high blood pressure, increased risk for a heart attack, and addition and withdrawal.

Vaping products have been shown to contain:

Does Vaping Help You Quit Smoking?

While some people have turned to vape pens as a way to help them stop smoking cigarettes, this is not the most effective or safest way to kick the habit. Many people who start using e-cigarettes to give up traditional ones end up using both products long-term.

The FDA has not approved e-cigarettes, or vapes, as smoking cessation devices.

Who Can Buy Vape Pens and Products?

You need to be at least 18 years old to buy vaping products in most states, including Pennsylvania.

A handful of states have imposed slightly stricter age limits. California, Oregon, Hawaii, Maine, and New Jersey have raised the legal age to purchase e-cigarettes to 21. Other states like Utah, Alaska, and Alabama have raised the age to 19.

Currently, there is no federal ban in place on e-cigarettes. However, the Trump administration is pushing a ban on flavors used in vaping products in an attempt to deter young people from picking up the habit. The proposed ban would apply only to vaping products that contain nicotine.

Some states and localities have placed bans on the use of e-cigarettes in public places and indoors. More bans are expected to be put into place as more light is shed on the dangers of these devices.

How Can I Tell If My Teen Is Vaping?

The problem with e-cigarettes is that it is very difficult to tell if someone is using them, since they don’t produce a smokey smell like traditional cigarettes. Schools around the country are reporting that some students are managing to sneak them into class and smoke in school.

These are some of the signs you can look for in your teens to tell if they may be vaping: