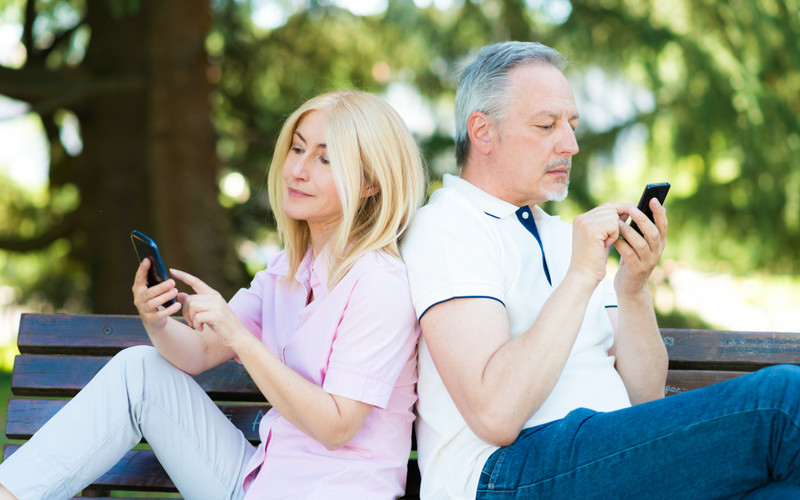 Social media has become a fact of life for the 81% of the U.S. population who has at least one social media account. While this networking technology can be beneficial for a number of reasons, including helping long-distance family members and friends stay in touch, there are quite a few negative effects that scrolling through these feeds can have on our mental health. Here are just a few of the top facts about how social media affects your mental health and what you can do to give it a boost instead.

A recent survey released by Deloitte found that, on average, Americans check their phones 46 times per day. Collectively, that’s a whopping eight billion daily phone checks in the country. The number of times you check your phone appears to be related to your age. For example:

Just like other addictions, social media use has shown similar psychological and behavioral characteristics that could easily classify it as an addiction. According to a report published in Forbes, these characteristics include neglect of personal life, mental preoccupation, escapism, mood modifying experiences, tolerance, and concealing the addictive behavior.

Interestingly enough, social media platforms that are supposed to bring people together are continuously linked with higher incidences of social isolation for their users. One study published in the American Journal of Preventive Medicine found that the more time people spent scrolling through social media, the more they perceived themselves to be socially isolated.

5. 81% of Americans Check Their Phone While Dining Out

Speaking of social isolation, an estimated 81% of Americans check their phones while eating at a restaurant with other people. You may have noticed this phenomenon yourself. Even when spending time with real people, many of us have a tendency to skip out on real-life conversation in favor of checking social media accounts.

6. Comparing Yourself to Others Hurts Your Mental Health

Scrolling through social media newsfeeds inherently asks you to compare yourself and your own life to what you see on your screen. But studies have found that even if you feel that you are on the up side of the comparison, the act of comparing yourself to someone else can still negatively affect your mental health.

7. Cyberbullying Is a Growing Problem

According to DoSomething.org, 43% of kids report having been bullied online, and an astounding 70% say they see frequent bullying online. Cyber bullying has become a growing problem worldwide, largely in part because of the sheer number of teens who now have smartphones and social media accounts.

The majority of parents, young adults, and teens use their cell phone in their bedrooms before going to sleep. However, numerous studies have found that this habit can significantly affect sleeping patterns and sleep quality, leaving many of us feeling chronically groggy and lethargic during the day.

9. Anxiety and Depression Rates in Young People Have Risen 70% in the Past 25 Years

Anxiety and depression in young people have been on the rise for the past two+ decades. Although social media isn’t solely to blame, it is one of the suspected culprits. From cyber bullying to jealousy to feelings of social isolation, the regular use of social media platforms like Facebook, Instagram, and Twitter are contributing to the rising rates of mental health concerns, especially among younger people.

10. Taking a Break from Social Media Can Boost Your Mental Health

While social media can be useful and it’s probably not reasonable to expect everyone to give it up for good, taking a hiatus from your favorite platforms can be a breath of fresh air to your mental health.

If you’re struggling with anxiety, depression, or other mental health problems, don’t hesitate to contact one of our community nurses, free of charge, or take a look at the variety of community resources we have listed on our website.