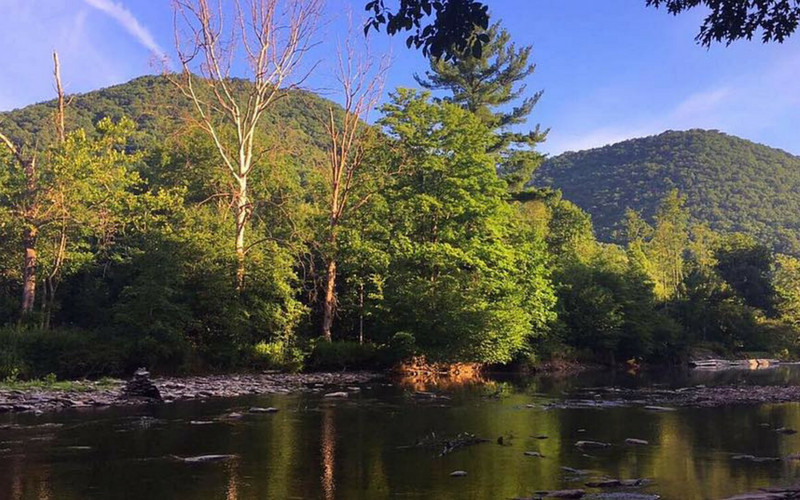 It’s no secret that we don’t get outside nearly as much as our grandparents and great-grandparents did, and studies have shown that this lack of natural surroundings is putting a damper on our health and wellbeing. But the good news is that the inverse is also true — when we do spend time in nature, our brains change for the better. Here’s how.

Numerous studies have shown links between spending time outside in a green, natural setting and markedly reduced anxiety and depression. This is especially true of city dwellers, who likely spend less time outdoors than those who live in rural areas.

In one Japanese experiment, one group of participants was asked to walk through a forest, and a second group was asked to walk through an urban center. Both walks were of equal duration and difficulty. Afterwards, the heart rates, blood pressure, and stress levels of all participants were measured. The results showed that the forest-walking group had substantially lower heart rates, heart rate variability, and stress levels, as well as increased moods.

Another study found that walks in nature also have the ability to reduce brooding, or negative rumination, which can also contribute to anxiety and high stress levels. Nature walks were shown to increase brain activity in the subgenual prefrontal cortex, which becomes deactivated when a person is feeling anxious or depressed.

Researchers also found that walking through a wooded area, rather than along a four-lane road, significantly improved memory and cognitive function. In fact, one study found that by spending one hour outdoors interacting with nature, you could improve your memory function by an astounding 20%.

Similar studies have been performed, in which participants are asked to look at pictures of nature or urban scenery. Those who looked at the nature pictures also showed about a 20% increase in memory function than those who looked at urban pictures.

Between our cell phones, tablets, laptops, and social media, there are so many different things vying for our attention these days. However, according to researchers, our brains weren’t cut out to be “turned on” all the time. This constant stimulation taps into the prefrontal cortex of our brains, which leads to “attention fatigue,” or that burnt-out feeling that so many of us get.

Fortunately, taking a break from our cell phones and other devices and getting outside in nature can help to “reset” our focus and attention. Once our attention has been restored, “brain fog” is reduced or eliminated, and our ability to solve problems is significantly improved.

Attention restoration has also been credited with an influx of creative thoughts and ideas, including the ability to solve puzzles that require creative thinking. Mobile EEG readings also found that when people are walking in nature, their brains indicate lower frustration, engagement, and arousal levels, and higher meditation levels. Since this open, more meditative brain activity is linked with creativity, a relatively short amount of time spent among plants and trees can have a large impact on the way we think.

Interestingly, a handful of studies have also found that even very short amounts of time spent looking at nature compared to looking at urban scenery increased people’s willingness to help others. In one study, some participants were asked to stare up at a grove of very tall trees, while the other group looked up at very high buildings. Afterwards, both groups completed a test that measured tendencies toward generous behavior. Unsurprisingly, the group who felt in awe of nature felt significantly more generous than the urban group.

Even though it might not be possible to spend hours upon hours outside in nature every day, don’t discount the power of taking a five or ten-minute break throughout the day to step outside and get some fresh air. If you’re struggling with high stress, anxiety, or depression, getting outside among the trees could have a profound effect on your mood and overall wellbeing.

For additional mental health resources, please do not hesitate to contact our community nurses, free of charge.